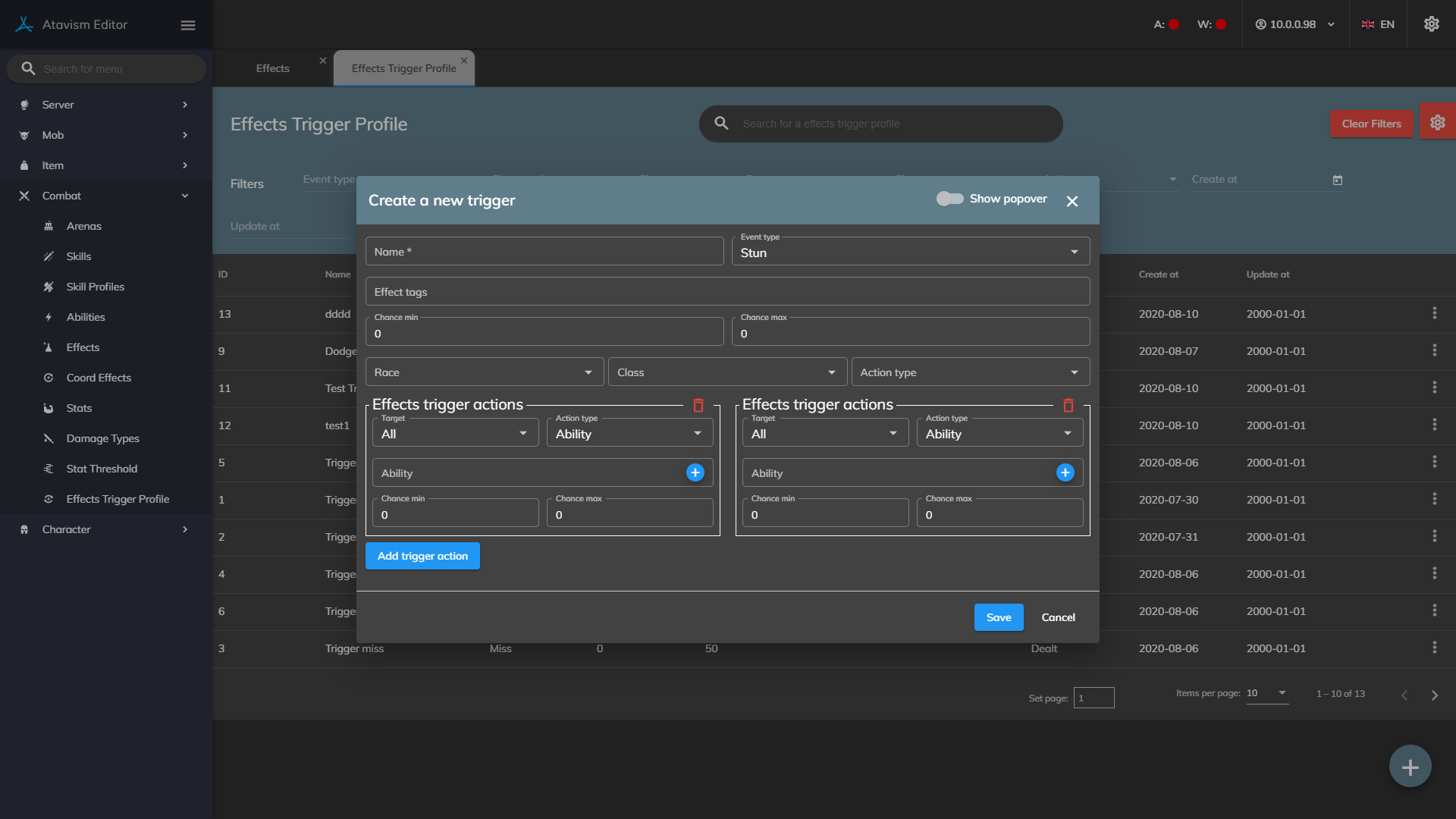 This is an extremely powerful module where based on some condition another action can be triggered, for example, if we will hit someone with an oil bottle and put an effect on an enemy, then if a fire arrow will hit the enemy it can have a chance to put him on fire, cause burning damage over time to it and nearby enemies. Not to mention that one ability can have a smaller chance to put an enemy on fire like a fire arrow, while another can have 100% of it if a fireball will hit the same enemy.

Similarly, it can be also a positive effect, like when we will heal our friend that has a trigger effect where on heal it has a chance to restore some additional health or increase movement speed for a short period of time.

The effect can be triggered not only based on the target trigger effect but also on the caster effect, like, if we will have a buff, we will have an additional chance to knock down an enemy during a critical hit.

Possibilities are endless in combination with Atavism effects, abilities, and tags.

Name: The name of the profile.

Effect Tags: Define tags of effects that will be taken into account while event conditions will be checked. This is available only for Event type: Damage, Heal, Critical, Kill, Sleep, Stun:

Ability Tags: Define tags of abilities that will be taken into account while event conditions will be checked. This is available only for Event type: Dodge, Miss, Parry.

Chance min/Chance max: Defines the chance range from which a random value will be selected and it means that with such chance the event can occur.

Race: Defines the race for which the trigger should occur.

Class: Defines the class for which the trigger should occur.

Action Type: Defines if the event should be checked upon dealing or receiving.

When the event with the required conditions occurs then these triggers will be invoked.

Target: Defines the target on which defined Effect or Ability will be applied (all, caster, or target).

Action Type: Defines if the Effect, Ability, or Modifier should be invoked. The modifier is available only for Event type Damage or Heal.

Ability: Defines the Ability that will be invoked for the trigger. It’s available only for the Trigger Action Type of Ability.

Effect: Defines the Effect that will be invoked for the trigger. It’s available only for the Trigger Action Type of Effect.

Chance min/Chance max: Defines the chance range from which a random value will be selected and it means that with such chance the particular trigger can occur.