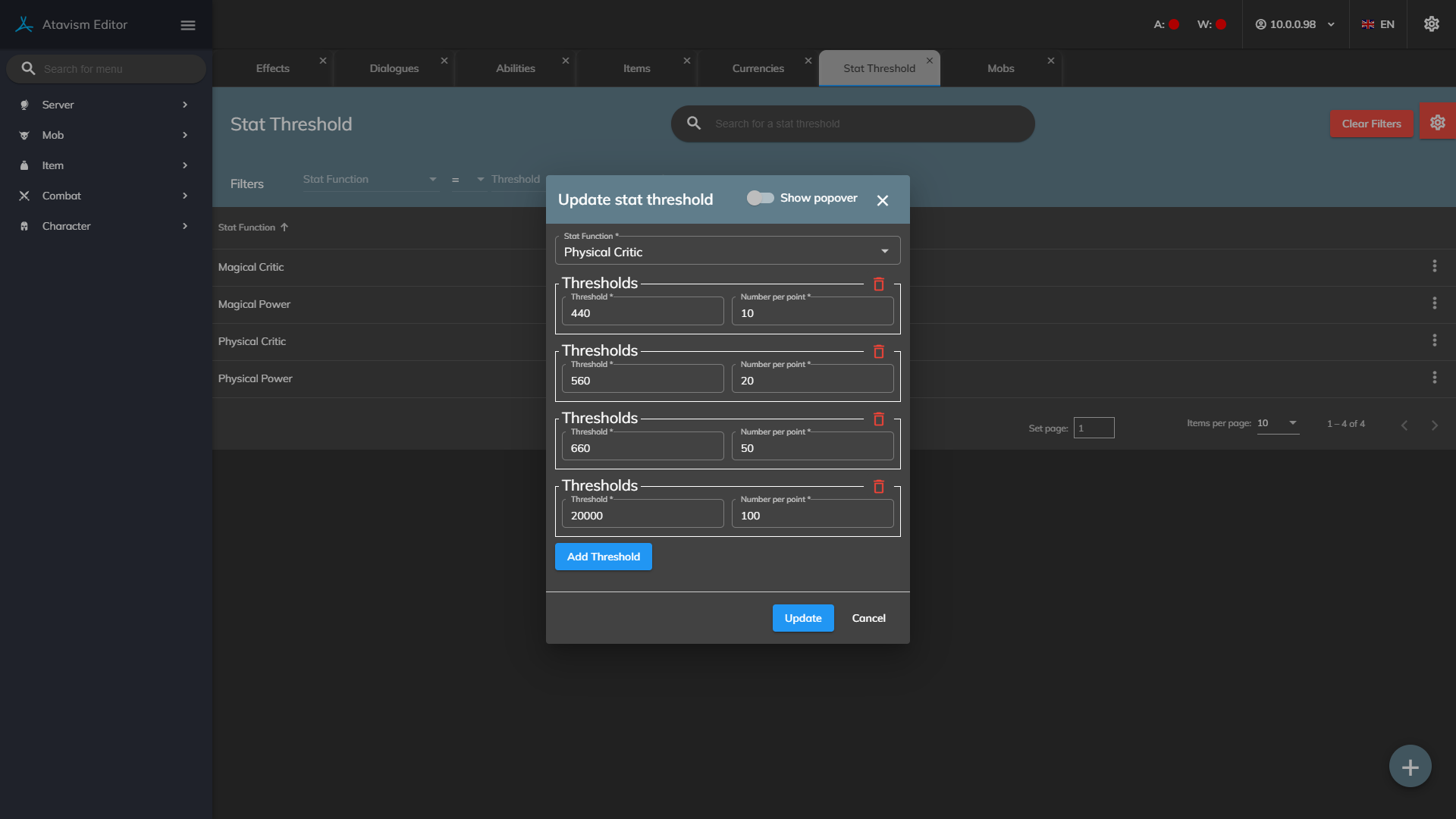 Stat Function: The list of stat function for which you want to define thresholds.

Stat Thresholds lets you define non-linear relation between the number of stat points and percent, for example, you won’t want to have a critical rate to reach 100%, then you can define that every 1 point of a stat defined as Physical Crit or Magical Crit stat function will give your players 1% of the critical chance, but up to 10 points, so if the player will have 10 pints, then he will get 10% in total. Then you may want to have 2 points per 1 percent up to 30 points in total, so if the player will have 30 critical points then he will reach 20% critical rate (10 points to get 10%, then 20 points to get another 10%),.Then you may want to define 5 points per 1% up to 80 points, so 10 points to get 10%, then 20 points to get another 10%, and then 50 points to get another 10%, 80 points to have 30% critical chance. You can define as many thresholds as you want. In games players used to call this type of cap as a soft cap, which means that up to some certain level it’s profitable enough to put points and increase that stat, but after it’s better to put stats into something else.

How thresholds are calculated?

There are various threshold types:

Where 1 output stat point = 1% and it defines a chance

Where the number of stat points is just calculated to output stat point, and then the output stat point is compared with the opposite stat (chance vs resistance) but with the additional random value taken into account, which can be set in the General Settings Plugin.